Report 2022 to the General Assembly of the EE

Report 2021 to the General Assembly of the EE

The advisory board is a panel of counsellors

Key responsibilities of the advisory board are:

The functioning of the advisory boards is carried out as is explained hereafter:

The advisory board always acts in a communicative manner and, above all, in situations with a required presence, concerning interdisciplinary questions after clearance with the Committee of the EE or the chairmen of the individual sections. The advisory boards receives its main impulse for its work from the Committee and the individual sections. However, via its chairman, the advisory board can formulate queries, air wishes and give incentives to these panels. The advisory board meets on a regular basis on the occasion of the EE meetings and, if need be, during the EE shows. For the time being, the members of the advisory board try to fulfil their assigned task by phone, fax or email. Given the vital necessity of an additional meeting, the chairman of the advisory board sends out an invitation to this meeting in consent with the President of the EE. The compensation for travelling follows in such a case the guidelines applied to normal meetings. Once a year, before the EE meeting, and in case of topical necessity, the chairman of the board holds council with the chairman  of the EU department for animal protection and welfare of the EU Commission.

Minutes of the online meeting 2022 of the Cavia section

Minutes of the seminar for Judges of the pigeons section

The Entente Européenne is looking for

a President and a Treasurer 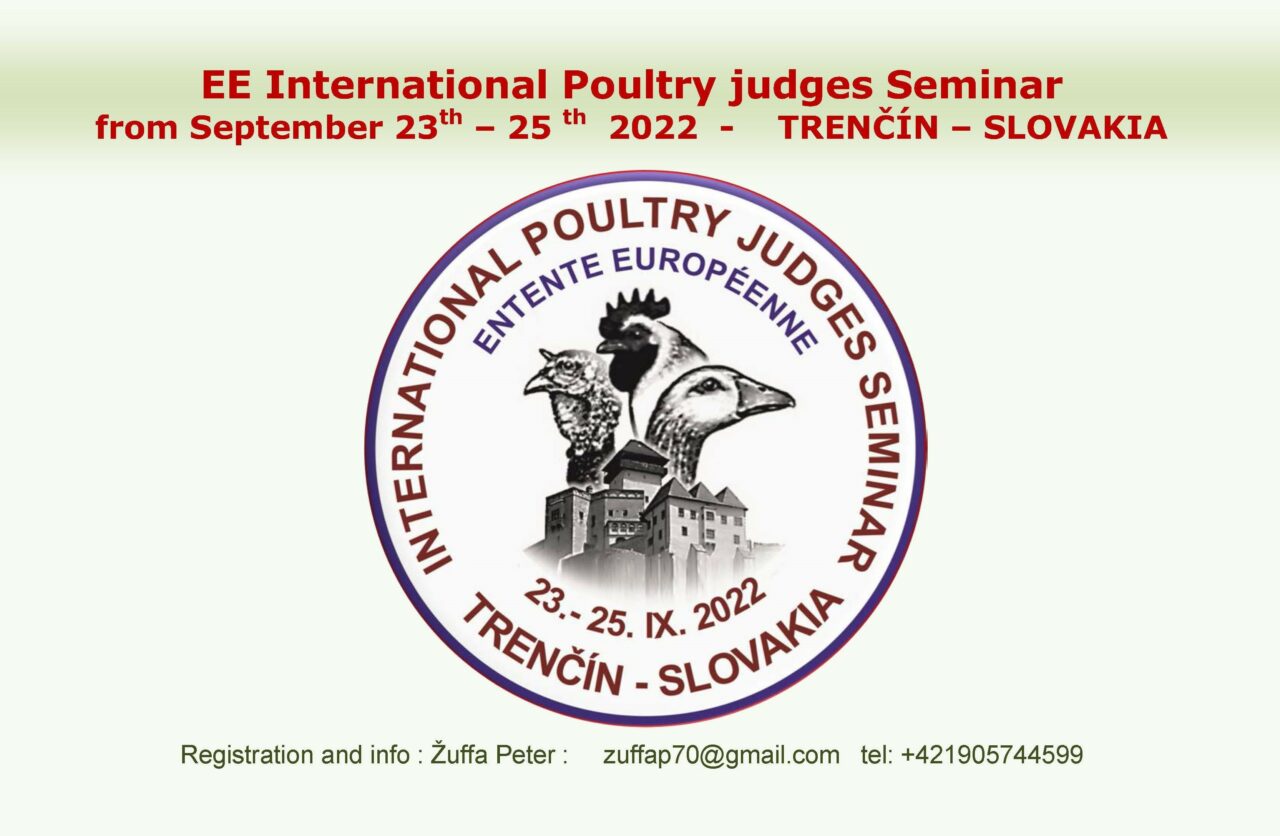 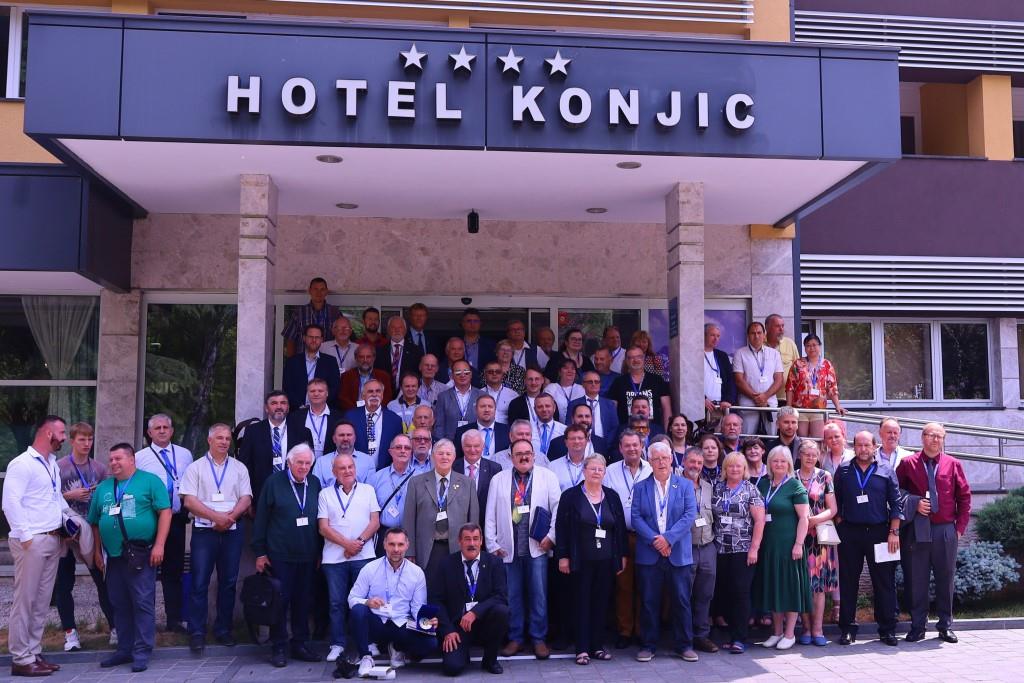 A very studious and convivial congress. Thank you to all the managers who were present. Our warm thanks to the members of the Federation of Bosnia and Herzegovina, to President Edin, to Damir for this pleasant moment.

Support for the Polish Federation

Cancelation of the European EE exhibition from November 11 to 13, 2022 in Kielce/PL

In view of the dramatic current circumstances, is the European EE exhibition in Kielce/PL, from November 11 – 13, 2022  canceled.

Letter from the Poland organizers